This is consequences of certified repair of Nokia N80. Old metal case was damaged and was replaced. First of all it was not original part. Second- phones lost image on LCD screen. The other phone was bought and this one was left in the drawer. After some time “they” forced me to repair the phone. 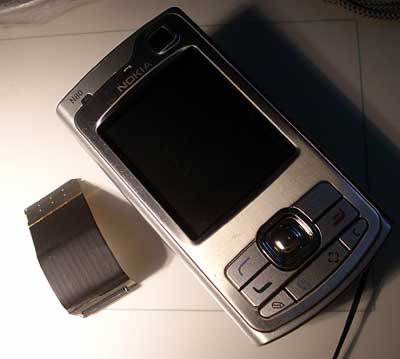 It looks like, that certified technician crushed original flat cable with case and after some time it broke. 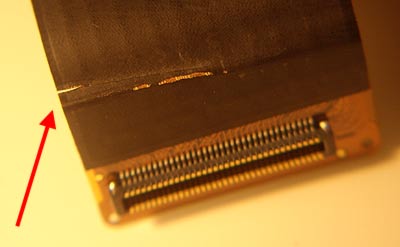 Red arrow show the damage. I bought new ribbon cable in eBay and replaced. It was very strange, that parcel came from USA, not China.

Big thanks for Mr. Rolf2 for being very lazy to repair this phone and sending me the link in youtube with instructions about this phone disassemble.

I am owner of this site.
View all posts by Administrator →
This entry was posted in Anything. Bookmark the permalink.